So, I didnt have the most exciting week on DDO, again, but Im gonna write about it anyway.

Well, I started out on my Cleric but found myself getting really bored on her and started thinking about one of my old favorite characters. Those of you who have good memories might remember I made a Halfling Druid on a server that wasnt Cannith. Her purpose was to be a Wilderness only character. She was built with high CON and STR scores for survivability and hard hittability. Her mana was minimal enough to where she could still use spells but not much more.

Well, this time, I decided to go with Human Druid. I decided on Human because of the extra Feat on creation. I picked Druid, again, because they have a decent ability to heal and they can summon critters without the need for spell components. Lastly, I picked Druid because the wolf doggy companion buddy pet can be mildly useful in a fight.

When she started out, naturally it was on Korthos. Did the first four quests on Casual to keep the quest XP at a minimum, the point, afterall, is to gain XP from the wilderness. Did the Korthos Wilderness easily enough in about 8 trips through. Nice thing is once you know where all the enemies are you can easily amass 95[ish] kills per trip through. When I hit level 2 I decided to go for the Wolf Form for the damage bonus from sneak attack and make my pet doggy an intimidater doggy.

After Korthos I headed to Stormreach to begin Cerulean Hills. Got half of it finished the same day I finished Korthos. Now, Korthos is an easy area to do. Cerulean Hills, on the other hand, can hurt like hell. Those Orc Barbarians and Quickfoot Thiefs can hit pretty damn hard. So I was not only having to keep myself healed but my doggy was taking a hell of a lot of damage. She was taking more damage than I expected her to be taking. I mean, I had taken Augment Summons so there shouldnt have been so much problems!

Well, time passed. Slayers were slain. Explorers were explored. Rares were... un rared? But most importantly, I got enough XP to level up. So I ran my cute lil hiney to the Druid Trainer and got excited by the fact that it was a Feat level. So when the Feat list came up, what did I see near the top of the list? Augment Summons. Buy, I had already taken that... Right? A quick look at my characters Feat list and I remembered I had chosen a different Feat instead. My starting Feats were Toughness and one of the Dragonmarks. The finding Dragonmark one. So, naturally, I grabbed the Augment Summon Feat and when I headed back out to the Cerulean Hills, my wolf doggy was having a much easier time killing enemies without finding herself in trouble.

After Cerulean Hills was the Waterworks. Like Korthos, the Waterworks is an easy area. There arent any enemies in there that hit too hard. Rares included. So, I pretty much breezed through it. I did have to bring a Wizard Hireling along though for the rune locked door. Decided on Tome because it doesnt use thr Grease spell. Rita does. I hate Rita. I hate the Grease spell too. In order to get the hidden doors, I had to transfer my detect hidden doors gloves to my Druid because her Search Skill is pretty much non existant.

Finally, after the Waterworks is the area Im about a third of the way done with: Tangleroot Gorge. Unlike Korthos and the Waterworks, Tangleroot Gorge is like Cerulean Hills. The enemies in it hit really damn hard. The Slayers and Explorers are easy enough to come by but, like with my old Halfling Druid, the Rares in Tangleroot are a good example of what a Rare is. They just dont seem to like appearing for me. But Im sure Ill get them all eventually.

Before I headed out on all this wildernessing I used some of the TP I was bestowed with to buy the remaining two volumes of the Monster Manual. Which was good because they had some critters in them that just so happened to be in the areas I was slayering in. Like Wolves and Tigers and Mephits [Oh my!]. I have enough TP left to get some Quest Packs next sale but I think I want to save them up for just in case I cant get the Expansion Pre Purchase. The reason is, I really want to play the Rouge Iconic Hero. Of all of them, that one is the one I most want to play. They just look so hardcore and I love it. So Im hoping I have enough TP left right now to afford both that Class and a Character Slot.

Well, thats about I did this week on DDO. Im off until around the 9th. Heading up into the mountains with my boys and girls to do some camping, drinking, hunting and taking our toys out on trails. Theres spotty interwebs up there so this will be my last post until I get home. Ill update my Twitter sporadiclly whenever I get service. So, you all take care and enjoy your weeks! 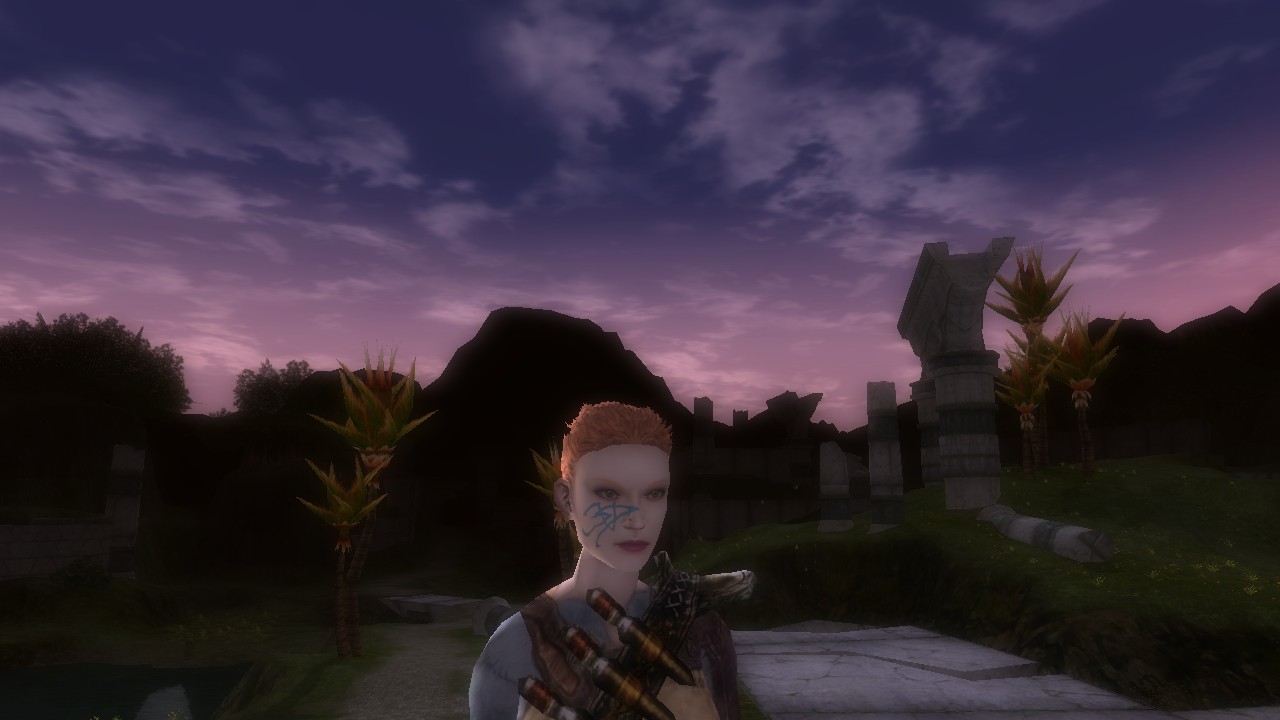