My Final Farewell To MyDDO

Due to popular demand, I will not be retiring my blog. However, this will be the first blog hosted on DDOGamer(I hope) and the final blog I post on MyDDO. When(if) this blog gets posted on DDOGamer, Ive made a special banner thing for what is going to be over each blogs paragraph. So, please at least look at it once and tell me if you like it. I worked kinda hard on it. Kinda.

So, as Im sure many thousand of you read, Comic made a well thought out, well written farewell blog on MyDDO. It literally sums up the general DDO blogging communities thoughts and feelings on MyDDO being shut down with no replacement in sight. Lucky for all of us, while Turbine "looks for alternatives", two people have stepped up to do something about it, Evennote and Geoff Hanna. But thats a different topic.

This is in particular about his farewells at the end of the blog. I mean, did you see what he said about me? Did you? I mean, *really* Comic? Im crazy? I have to say, I thought you knew me better than that. I mean, I am NOT crazy. Im friggin INSANE!! Get it right man! Seriously! INSANE!

So, on Friday, I started a new character project. This time based off an already existant build. She is going to be based off of Mr. Geoff Hannas Knicker Tam character. My only problem, that I can see, is that Im not much of a crafter. So, its gonna be a long time before she can have starter rags that are even remotley nice, let alone the dual weilded Dwarven Axes.

Shes managed to avoid death, thus far. She has taken some nasty hits though. Doesnt do alot of damage, yet, but Im hoping that once she gets Power Attack that itll go up by some large amount.

Right at the moment, shes sitting at level three(2 Rogue, 1 Barbarian). Has taken the Two Weapon Fighting and Exotic Weapons: Dwarven War Axe. Since I only had one rage enhancement I could pick, I put the rest of the points into Rogueish ones. The Rogue Skill Boost, Disable Traps, Search, Acid Resist and I think Trap Lore. A few others too. But for now she only has the +1 to will while in rage and Barbarian Damage Boost I.

On Friday I hit Stealthy Repossesion. She did pretty good. Felt robbed of some XP at the end though. I grabbed the eye, my hire was still alive but in the early negatives. But for some reason the XP log said that they were dead, so I lost out on some XP which made me just ever so slightly angry. But, I won. Got the Red Name Kobold Shaman. Got my loots and was happy. Also managed to get Flower Sniffers up to level 7. 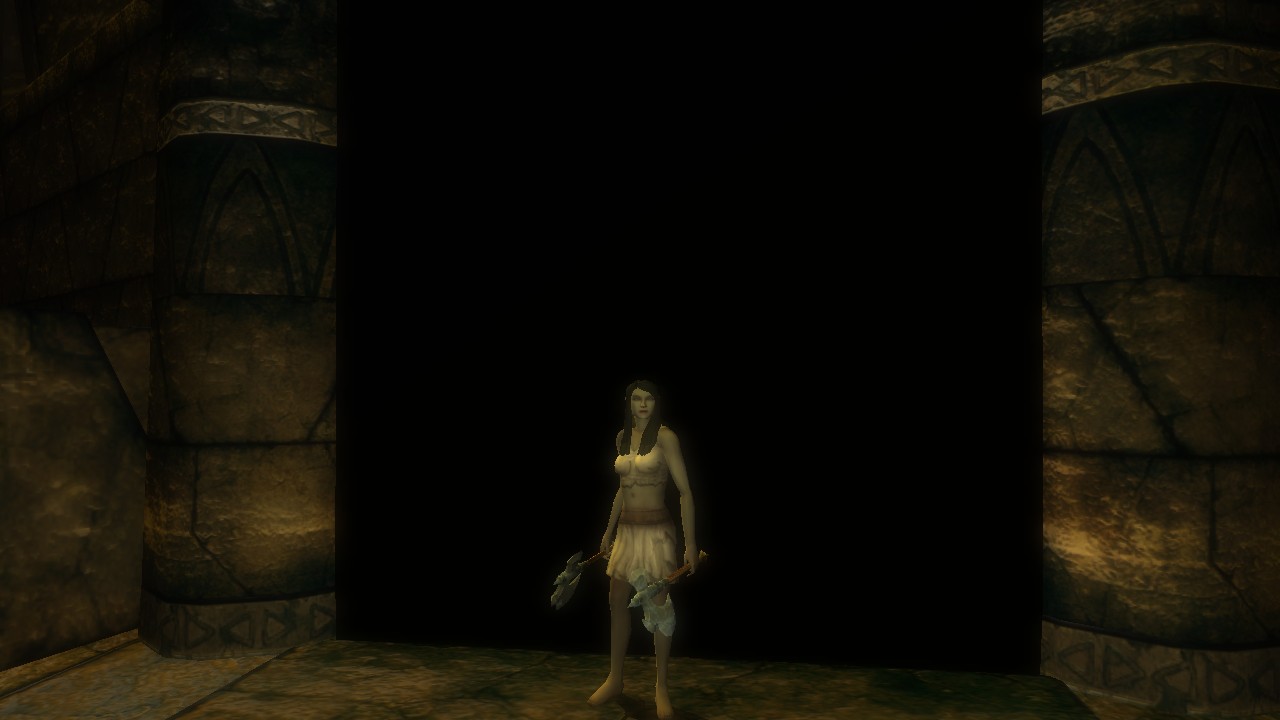 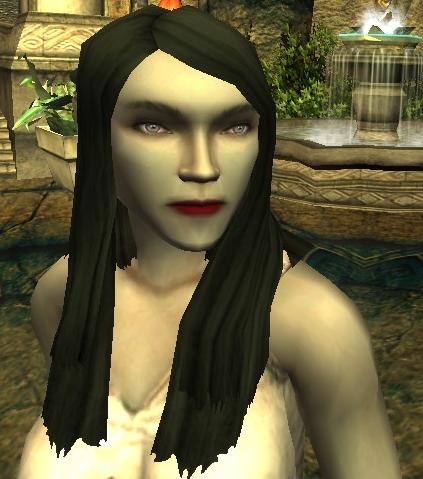 Well, as most of you know, I have neither a high end computer nor a 360 or PS3. So alot of my games are ever so slightly... old. One of them just so happens to be Elder Scrolls III: Morrowind GOTY. It is definetly one of my most favorite games. Big, long, big, lots of fun, big, has Smurfs, big, has a place with snow and have I mentioned its big?

Recently I decided to take the game up again. For the most part I like to just pick one of the pre made classes. This time though I decided to make up my own customized class:

So far, hes working out pretty well. Hasnt done alot yet though but I have high hopes for him. Yup!

Seriously dude! I cannot believe you called me crazy. Ugh!

So, before I end this blog I have a few questions for all you readers of mine out there:

1: The format Ive used for my last few blogs where I seperate everything into catagories, do you like that or should I go back to not doing that?

2: Hypothetical situation: You log onto DDO and see that all your characters attributes, health, mana, saves, armor class, dodge and skills are maxed. You have every Feat and Enhancement available. This will only last one day and Turbine will never find out. Do you take advantage of the situation or bug report it? (Ill post my answer next blog)

3: Im thinking about starting a seperate blog. This particular blog would essentially be Mizzaposters. the point would be me taking various things and turning them into, what Id view to be, funny posters. Would anyone like to see such a thing?

End Of The Line

Well, here we are again. The end of another Mizzablog. I hope you all enjoyed. If you take the time to answer my questions, thank you very much. I hope you all have wonderful Easters. Me? We got a rabbit to eat, bourbon to drink and good times to have. So, Ill see you all next time!
Posted by Unknown at 5:36 PM