Back To Mizzaland We Go

So, I had a fairly good two days on DDO this week. Naturally, the down time drove me partially batty but I have things to do that dont involve DDO so its not like I found myself tweaking out on Turbine like some people did. Out of the two days though, today was the best.

Yesterday, I ran around on my Paladin some. I got her up to level 4 and then decided to quit the game in favor of playing Fallout 3. This is mostly because I came up with a fun idea for a character over on it. The idea is, I play as an evil character who is envirnmentally consious. How is she such? Simple! Everytime she sees trash on the ground, she picks it up and sells it to traders! By doing this, she reduces the amount of trash in the world, re uses things she needs and recycles things she doesnt! That, and it makes her rich. At level 4 she already has over 3k caps.

Last night, I started thinking: what do I really want to do tomorrow? Then I thought about how much I love the Monk class. Its quite possibly the most fun class the game has to offer, in my opinion. A bit on the complex side, sure, but really really fun. So I decided to scrap a crap character on Orien and make myself a Half Elf Monk. I picked Half Elf due to the fact that I have yet to make a single Half Elf character. When picking her Dillante I chose Barbarian for its damage reduction. Right now, I have her set as a Wind Stance Monk but Im planning on switching to Mountain Stance in the near(ish) future. Her name is: Mizzter Snuggles. While making her, I dont understand why people complain so much about how Half Elves look in DDO. I think shes quite purty. 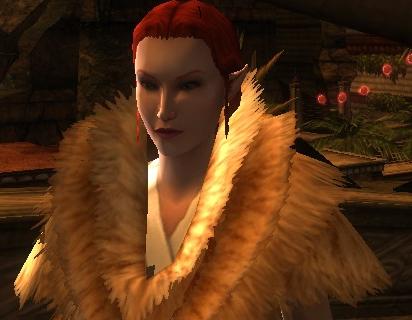 See? She doesnt look bad at all! Very purtyful! Yup! :) 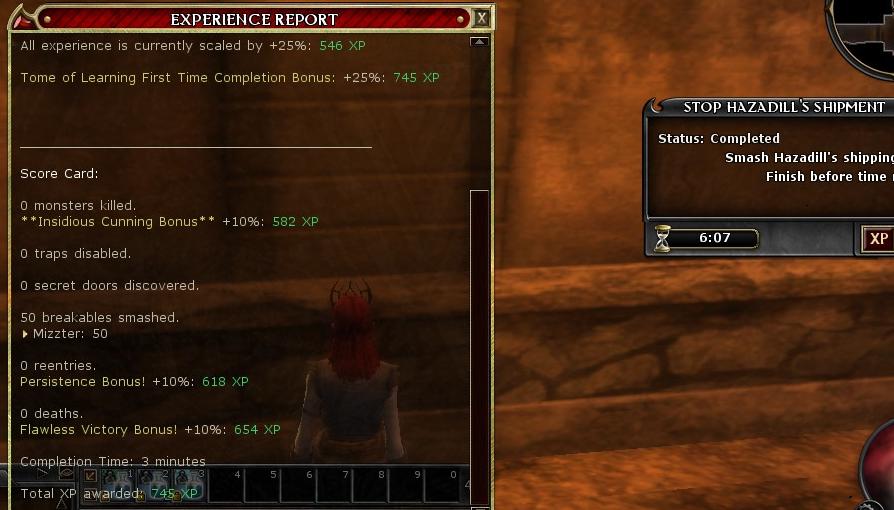 Which is the fastest time Ive gotten on it. And Im pretty sure that, for a solo, its pretty fast.

Overall, when the day finished, she was a level four and has around 10k plat. The ammount of plat she has is in part due to some expert advice given to me by Shinny on how to get lots and tons of it. So a very big thanks to him, it works! I did have a time of frustation though. For ten minutes, the game was lagging so hard I couldnt do anything. The thing that made me most upset though is that due to the lag, I lost 10 minutes of my XP pot. It sucks, but theres nothing I can do about it.

On a side note, I noticed two things ingame over the last couple play sessions:

1: When doing a couple harbor quests, the exit back to the harbor was marked as "Stormreach Market" or "Marketplace": 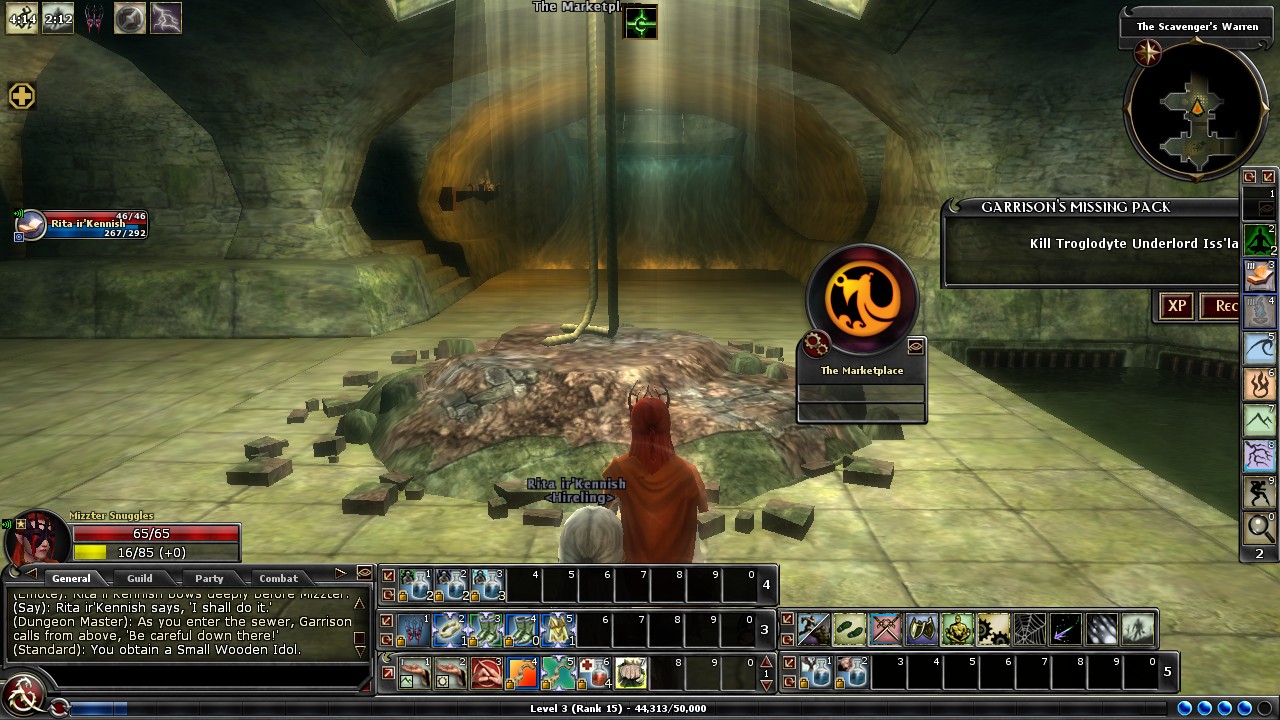 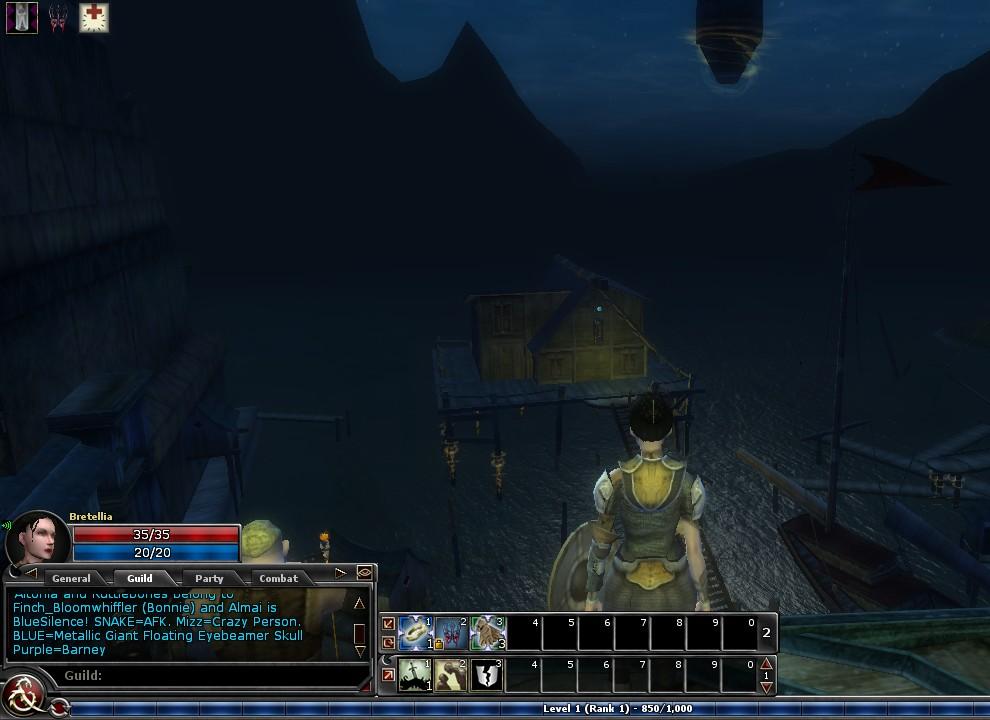 I liked the floaty stones! They were pretty random to have there, but I liked them alot! Now theyre gone. :(
Also, not sure if I mentioned it, but I managed to get my buddy, Cryptosporidium, back on Cannith. Thankfully, he wasnt raped. Thats always good. He and my Paladin even went on an adventure together!

You have no idea how long it took to get him positioned perfectly on that blanket thing. Seriously. I went borderline crazy trying to get it right!

Anyways, thats it for this bloogy! I got tomorrow off, so no DDO or LotRO for me. But then I got 5 days of work afterwards so Ill be online then. Also, my MyDDO mailbox is broked again, so if someone could send me a few mails to bury the broked mail, Id muchly appreciate it! Hope everyone takes care and eats plenty of fish!
Posted by Unknown at 3:25 PM