My Blog Posts Are Simply Amazing!

So, there I was, sitting on my tiny little hiney, when all of a sudden, I thunk to myself, 'Hey Natty Nat! why dont we write a blog?!' To which my reply was, 'YEAH! Lets write a blog!' So here I am, sitting on my tiny little hiney, still, now writing a blog about how my blog is amazing. It just must be! Really and truely! Yup! Why do I know this? Well, its because I write more than ANYONE! Yup! Except Mr. Geoffhanna. But thats because he is me and me is he except he isnt me and me is me and not he because he is he not me so he isnt me because only me can be me while he is he. So, without further ado, I give to you, the newest Mizzablog!(Not to be confused with those OTHER blogs.)

So, I did something that might shock everybody today. I played a video game! I know, I know. This isnt normally a video game blog! Oh, wait... yes it is...

Anyways, So I played DDO for a time today. Really! All day! Except for when I went for a run. And then came home and did some other working out type stuffs. I had energy. Lots of it. That and I was waiting for Commie to come online so we could do some Comical Runs. Turns out, he couldnt make it. Which is 100% OK! It gave me time to run around Korthos and Stormreach causing chaos!

So, I started off, like I said, waiting for Commie to come online. While I was waiting I decided to run around on Mizzaroo, my Elven Artificer, doing lowbie quests to gain favor. Pretty much it went something like this: CHINKCHINKCHINK *dead* CHINKCHINKCHINK *dead*. So it was pretty easy, overall. Once I realized Commie wasnt gonna be on however, I got bored of playing on her and decided to become a radical! Or something like that.

I have, well, had, this character named... something. I forget her name. Shes pretty irrelivent. She was a level four Human Paladin. I like Paladins. Theyre cool and fun and pretty. Anyways, she was an experiment of a sorts. Long story short, the experiment was carried out a few months ago and she failed it. Got shelved, and today, killed. Well, deleted, but whos keeping track? After I killed her off, I went through the character creation menu thing and started deciding what kind of character I wanted to make.

First of course was Class. I was looking at the classes and decided on Cleric. Now, Im not a good caster class type player. To be honest, Im not a player at all. Im just a Natalie. But thats besides the point. The point is, I suck at casters and I suck at healing. Im as happy to accidentally let someone die as I am to watch late night television. But, I have alot of Fighters. I have a few Monks. Artificers. Rogues. So, I decided a class that could heal its self would be nice. So I picked Cleric. But you already know that because I already told you so.

Next came Race. Not like the running one, but the kind where its like 'what is youre character?' kind of race. Well, Humans are fun! They get an extra Feat! Extra Feats are awesome! But theyre not a Human. So, no extra feat. No, my new Cleric was born from an Orc and a Human who decided they just couldnt resist each other sexually. Thus birthing my character, a female Half Orc. I like that word. "Birthing".

Next came the other stuff. Well, as you all know, I can be a lackwit. While I was making her, I gave her 18 Wisdom, which was good. Upped her Charisma to 8, which was good too. Pushed her Strength to 18, which was also good in the continuing line of good things that I did good. But accidentally put her starting Constitution at 12, which made me go 'Oh poopy!'. Thank goodness she can heal herself! It means the attributes taken at levels 4 & 8 will be Constitution and her next Feat level will be toughness. Speaking of Feats and Skills, her first Feat was Mental Toughness(I still didnt realize her CON was 12) and her lone Skill with points in it is Concentration. Which reminds me of the word 'castration' for some reason.

Lastly, I put the final touches on her. Made her look very pretty. She has White skinny skin skin. Pretty bright green eyes. Red Pony Tail. Earings and Tusks. Of course, I named here too! Cant enter the game without a name for some reason. Which is kinda odd. I mean, what if one of my characters wanted to be one of the unknown? But NOOOO! Turbine says NO! So I named her. Unlike the Paladin I killed, I actually remember what I named her! her name is: Meretelle An Trocaire. The 'o' is supposed to have an accent thing above it, but I cant figure out how to get that in here. And of course, no accented letters in the game.

(I will include pictures at the bottom of the blog)

Been Away For Far Too Long

Okay, so, I noticed a few things while running around today.

1: Baudrys quest chain is still closed. Really. Its been, what? An age and a half now?

2: My HP regens only 1-2 points at a time now in town/tavern. When and why did this happen?!

3: My Mana regens only 5 points at a time now in town/tavern. Again, when and why did this change happen?!

4: Is it just me or have tomes gone up in price on the normal people Auction House?

As much as I love to run the Baudry Cartamon chain, I can live with it being closed. However, I dont quite understand why the amount of HP/Mana I regen while in town/tavern has been drastically reduced. I liked how it would return in a short time not this whole sliver at a time crap. Is it to make players spend more Platinum on the tavern foods? If so, thats a pretty shite way to go about doing it. And to be completly honest, Im not going to go for it either way. Its a waste of my Plat. I almost never have any large amount of Plat anyway and when I do, its because Im saving up for something important. Like tomes! For me, its a bother and I want it changed back to the way it was.

As you all know from one of my last blogs, I spent quite a bit of time on LotRO last month doing the Anniversary event. As I mentioned, I had quite a bit of fun. There seems to be a problem now though. Due to my going all kinds of OCD on the event trying to get every single item it had to offer, I kinda feel like Im in burnout mode with both DDO and LotRO. Even with the fun I had on my new Cleric today, I still had to drag myself onto the computer in order to play the game today because I wanted to play with Commie. Not that playing with him isnt fun, because it most certainly is, but its just that the amount of energy I spent on the event feels like its kinda taken a toll on my overall enjoyment level for the time being. I can play something like Left 4 Dead without issue but thats because its fast paced, intense and requires less energy and overall attention than LotRO and DDO. Im sure Ill get over it soon enough though.

So, as many of you know and some of you may not know but will soon find yourselves knowing because Im going to tell you all, I like fish! I own fish! Yup! Its true! I do! I do! Theres also, currently, two doggies under my roof. One doggy is my brothers and the other doggy is a puppy he got for me! He got me a puppy! He got her for me to keep me company! Yup! The thing that sets my pets apart from other peoples pets is that I name mine! Yup! IMMA TELL YOU THEIR NAMES NOW!

I love all my pets very much! And, no, not all my fish are in the same tank! That would be bad. Yup.

Honey, I Killed The Moon

Well, thats all I can think of to write in this edition of the most famous Mizzablog. Hope it was an okay read. If, however, you do not feel satisfied at all with it, please contact your state representatives and/or the leaders of your current nation. If they fail to act in a 1.2 second fashion, please be sure to contact Turbine Community Specialists and alert them to your problem as ASAP as possible. 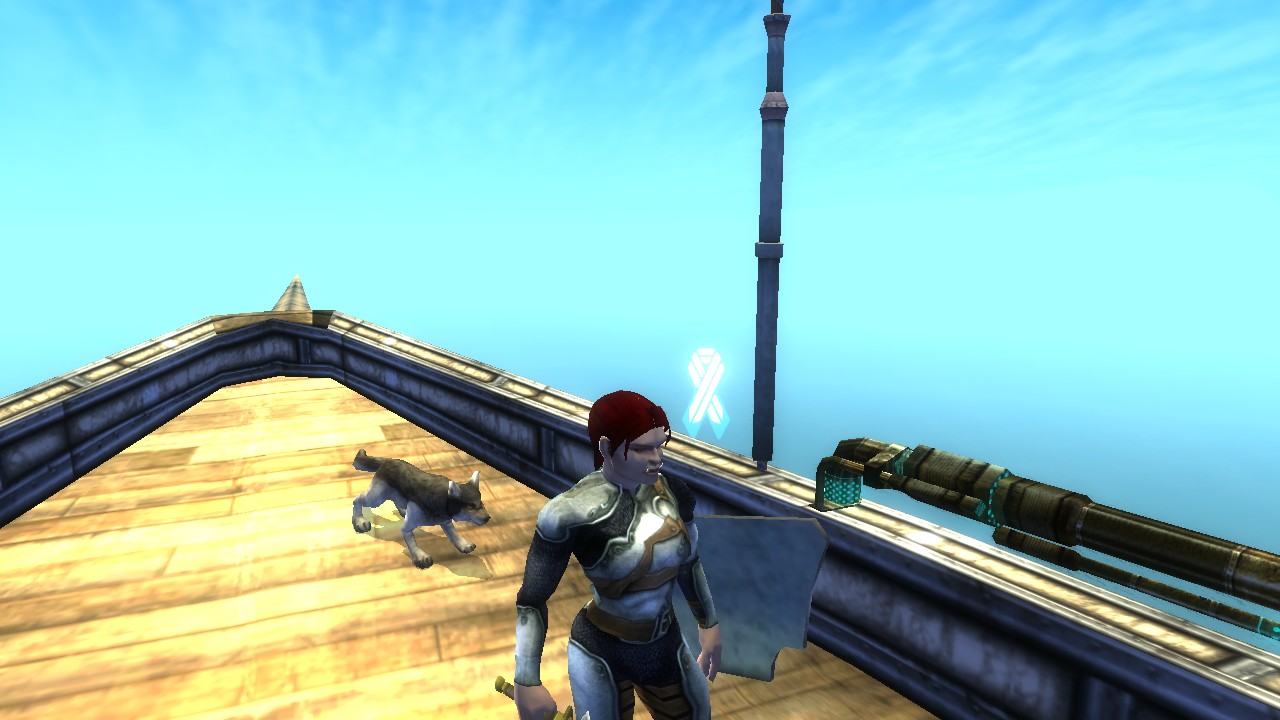 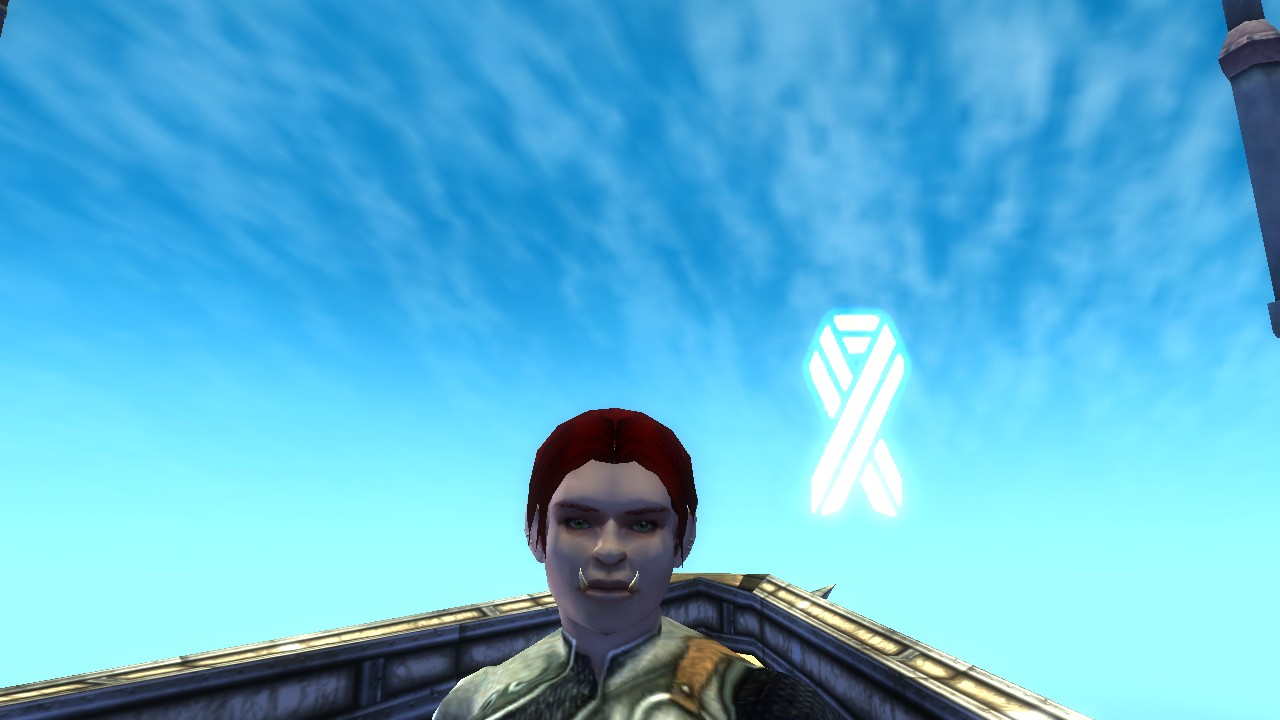 ﻿Meretelle up close
Posted by Unknown at 4:55 PM